by Editorial
February 22, 2022 in Featured, Television

Mumbai: Starting 26 February, Sony YAY! brings a new show, ‘Rabbit aur Bhalla, Ab Fun Hoga Khullam Khulla’. The show follows the adventures of Rabbit and Bhalla- an aspiring young magician as they wrangle for a Magic Wand. Bhalla tries to construct new plans to gain control of magic wand, while Rabbit often comes into the picture to sabotage the situation. Kids will also get a special chance to witness this magical mischief with a special Watch Party with the exclusive digital premiere of the show. Slated on 25th February at 5 PM, this Watch Party will also feature the renowned magician Yogesh who will perform and teach kids some cool magic pranks, inspired from the characters. 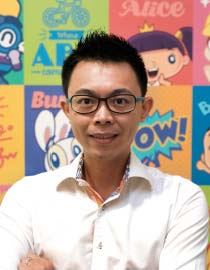 Raye Lee Commenting on the show, Raye Lee, Executive Director, Content Distribution at Animasia Studio said, “We are very excited that Harry and Bunnie has found a home on Sony YAY! that covering entire India Subcontinent. Each of these episodes is brimming with the humour and magical adventures of Harry and Bunnie, and we look forward to bringing more joy and fun to Harry and Bunnie fans in India.” Watch the ultimate laughter riot with non-stop chase starting 26th February every Saturday and Sunday at 1.30 PM only on Sony YAY!